The brightest and warmest of summers has eluded us so far, and the nights have now begun to draw in, but we have been up to plenty of outdoor activities through our varied programme of sports-based events in the last quarter.

We had pitch and putt in Eaton Park where Grahame and Mark put their famed reputations as “proper golfers” on the line in taking on younger members of the team (no prizes for guessing the outcome).

A Footgolf competition at Dunston Hall was great fun – in the rain! Footgolf, for the uninitiated, is a game played over a 9-hole golf course where a football replaces the puny golf ball. Here, your skill with a ball at your feet replaces the need for golf clubs! Each hole is roughly 100 yards long and the aim, funnily enough just like golf, is to kick the football into the hole on the green in the fewest number of shots possible. Mercifully, the hole is bigger than you get in standard golf, about 2 feet in diameter, but it’s still surprisingly easy to miss - even from 10 feet!

Victorious! Our team avoided the obvious pitfalls associated with planting your foot safely in slippery grass (Health and Safety Officer wipes beads of sweat away in relief) and won the event over seven other teams. Special mention to Stewart Halton who “birdied” one of the holes. In the photo the proud players – Stewart D, Will, Callum and Stewart H show off their trophy.

For several employees the highlight of recent months was a Quasar evening. A neon-lit battle royale, where combatants had the opportunity to shoot not only fellow employees but two of the Directors as well (…with lasers)! A nearby restaurant was the scene of a much needed debrief, lifting the laser-red haze of battle and restoring calm and tranquillity!

Looking ahead, the body can be given some rest while the mind is put to the test. Our cerebral prowess will be on show as we are participating in a quiz night at Open in the city. Let us all cross fingers furiously and hope that there are no suspect questions involving numbers…seriously, what would we do without our calculators! 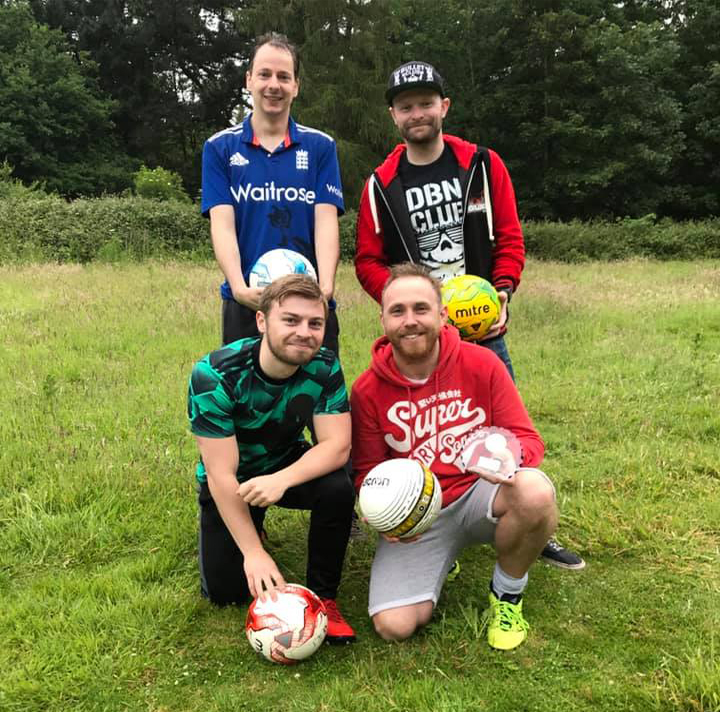